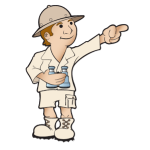 Between the months of July and October they represent the most important season of turtle nesting in Costa Rica. An event that you will definitely not want to miss!

Where do sea turtles nest in Costa Rica?

Where is the best place to see sea turtles?

Best places to see sea turtles in Costa Rica are:

What a tour to Tortuguero? Contact Exploradores Outdoors in Puerto Viejo:

What time of the day do sea turtles hatch?

Hatchlings use a carbuncle (temporary egg tooth) to help break open the shell. After hatching, the young turtles may take three to seven days to dig their way to the surface. Hatchlings usually wait until night to emerge from the nest.

How long does it take for sea turtle eggs to hatch?

How many babies do sea turtles have?

How do hawksbill turtle protect themselves?

Most sea turtle species have a hard shell that helps protect them from predators. They are also very fast swimmers and are often able to evade danger. Leatherback sea turtles have a soft shell, but are so large that are only in danger from the largest predators (and man).

What a tour to Tortuguero? Contact Exploradores Outdoors in Puerto Viejo:

What time of the year do sea turtles hatch?

The main nesting months run from May to October, but there are many exceptions to the rule. Leatherbacks have been known to start as early as February, and depending on water temperature, hatchlings emerge well into the winter months.

Best Ecotourism Adventures on your way to Puerto Viejo